Syosset High School seniors Ethan Chiu and Rohan Ghotra are among the top 40 students selected from 300 scholars and over 1,800 student applicants based on the creativity and originality of their research as well as their leadership and achievements both inside and out of their classrooms.

“We are incredibly proud of Ethan and Rohan and their demonstrated perseverance and determination,” said Dr. Giovanni Durante, principal of Syosset High School. “We know they both have an extraordinary future ahead of them and we look forward to seeing their inevitable accomplishments.”

Superintendent of Schools Dr. Tom Rogers stated, “We’re so proud of the students in our science research program, and the wonderful recognition of our two finalists is the product of their intellect and hard work, great teaching, and amazing external partnerships. Their accomplishment is proof that young scientists can make extraordinary contributions.”

Ethan and Rohan will join the other finalists in a week-long competition during the Regeneron STS Finals Week in March, where they will undergo rigorous judging as they compete for awards totaling over $1.8 million. The top 10 winners will be announced at a live-streamed awards ceremony on March 15. 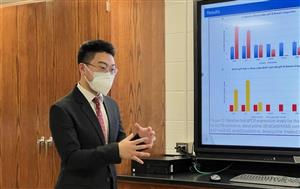 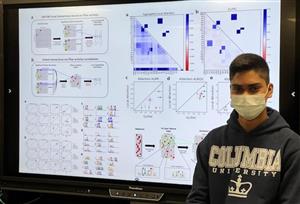